Home » Auburn Blog » A Brief History of the Bearing

A Brief History of the Bearing 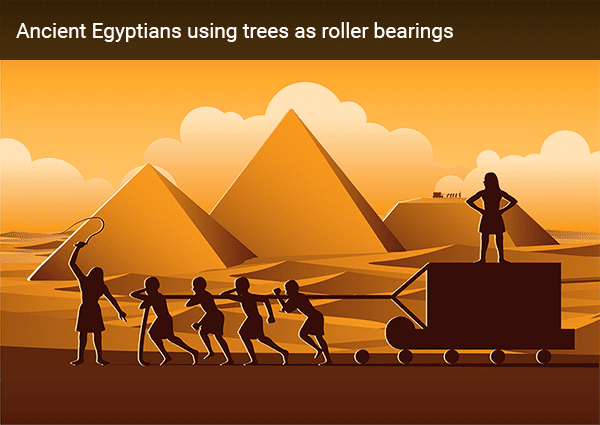 The concept of using a bearing to reduce friction between an object and the surface over which it is moved – or to “bear” the burden – is almost as old as man himself.

Pause for a moment and try to picture our world without bearings. It’s hard to imagine. Almost every device that involves motion utilizes bearings to reduce friction between its moving parts.

The earliest bearings were made of wood, and animal fat was used to lubricate them. The ancient Egyptians used tree trunks as roller bearings to move large, heavy stones, which were used in the construction of pyramids.

The earliest recovered example of a rolling element bearing is from 40 BC. It was a wooden ball bearing used to support a rotating table, which was recovered from the wreckage of a Roman Nemi ship in Lake Nemi, Italy. 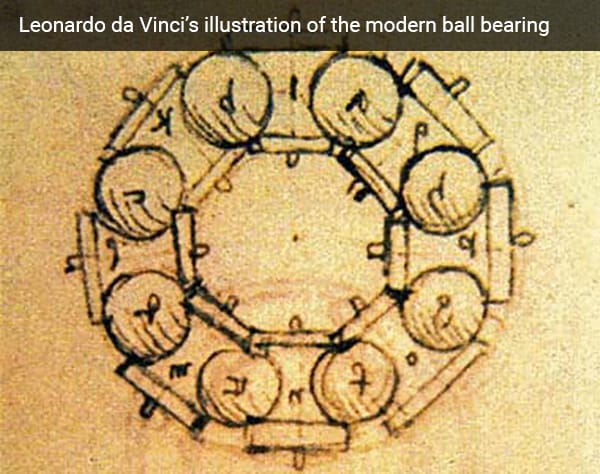 Leonardo da Vinci is considered the “father” of the modern bearing, thanks to the drawings of ball bearings he incorporated into his design for a helicopter around the year 1500. This is the earliest known recorded use of a bearing in an aerospace design.

In 1740, John Harrison invented the first caged roller bearing for his H3 marine timekeeper, but it wasn’t until 1794 when the first bearing patent was awarded to Philip Vaughn of Carmarthen, Wales.

The popularity of the bearing exploded with the Industrial Revolution. For the first time ever, large quantities of steel were being produced, which allowed for mass production of high-strength bearings. And in turn, bearings helped fuel the Industrial Revolution, thanks to their ability to help manufacturing machinery operate smoothly and efficiently. [source]

The bearing industry has grown and diverged into standard and custom bearings, and they all play an important role in the industrial marketplace. 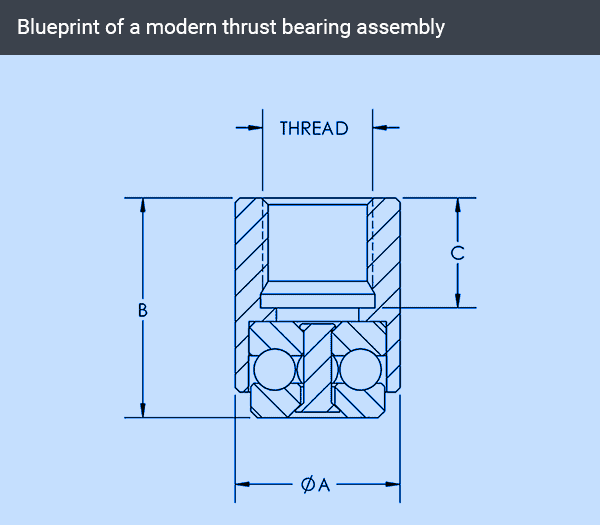 Today, the modern bearing is used in all kinds of applications, from vintage pinball machines to state-of-the-art medical devices, and everything in between.

Click here to view this article as a PDF.

Get the latest news and information about Auburn Bearing & Manufacturing